The battle for Ewing Energies heats up as Christopher and John Ross clash over opposing visions for the company. As Christopher seeks to gain the upper hand in his divorce from Rebecca Sutter, a game-changing revelation turns everything on its head, causing the entire family to put their differences aside and rally together — except for John Ross, who uses J.R.’s dirty little tricks to take revenge on Christopher and Elena. Meanwhile, Ann is blackmailed by her ex-husband, Harris Ryland, forcing her and Bobby to confront a shocking secret from Ann’s past. 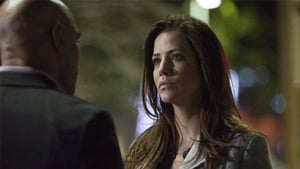