With Christopher and Bobby at the helm of Ewing Energies, and Elena working to gain a stronger foothold within the company, J.R. and John Ross strike a deal to wrestle control of Ewing Energies away from them. Meanwhile, Pamela Rebecca Barnes schemes with John Ross to take half of Christopher’s shares in Ewing Energies to fulfill her father’s desire for revenge against the Ewings. And Ryland’s mother, Judith, (guest star Judith Light) proves to be just as evil as her son. 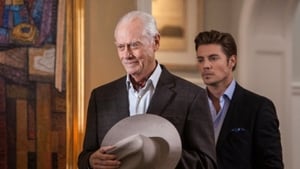