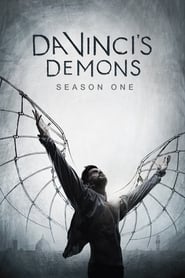 Everyone knows that Leonardo da Vinci was an extraordinary artist, sculptor and inventor, but this evocative and involving cable drama paints a portrait of the consummate Renaissance man who, as a twentysomething, was a passionate ladies’ man, swashbuckling swordsman and intrepid adventurer. The series opens with da Vinci receiving a commission from the Medicis to create an Easter spectacle in Florence. Later, he’s hired to build war machines; investigates the source of demonic possessions at a convent; meets a mysterious Turk; has a chilling encounter with Vlad Dracula; and constructs a suit for underwater transportation.