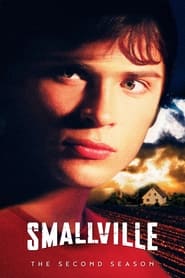 The legend continues to grow stronger in the second super season of Smallville. Throughout the season’s twenty-three episodes, Clark Kent grapples with his calling as he explores his true origins: was he sent to Earth to save humanity or destroy it? Amidst all the chaos, Lana and Clark grow closer than before; Lex gets married; Lionel lures Chloe toward the dark side; the Kents receive miraculous news; and Pete becomes the keeper of Clark’s secret.