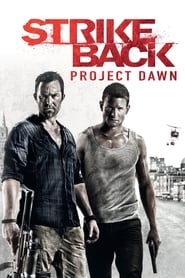 Strike Back TV Series Full | where to watch?: Season 2

Porter is captured by a Pakistani terrorist called Latif while investigating a planned operation of Latif, Project Dawn. Sergeant Michael Stonebridge finds disgraced ex-Delta Force operative Damian Scott, who would not be hired by even private military contractors, who previously worked with Porter to track Latif. After Porter is executed, Section 20 discover Porter left the team clues to a hotel in New Delhi, India, where a group of terrorists attempt to capture a weapons scientist with knowledge of hidden weapons of mass destruction originally used to plant in Iraq, which serves as a part of Project Dawn. The weapon, namely VX nerve gas was kept in storage, and Latif has known about its existence.