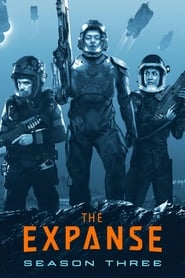 The Expanse TV Series | Where to Watch?: Season 3

As the Rocinante crew digs deeper into the search for Prax’s missing daughter, the war between Earth and Mars turns deadly in ways the solar system has never seen. But a new threat in the outer reaches of the Belt could prove much more dangerous, threatening to test the very future of humanity.