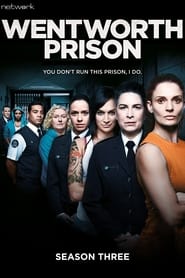 As the story resumes four months have passed since Bea Smith’s bold escape and ruthless murder of Brayden Holt. Having returned to Wentworth Correctional Centre, Bea has assumed the mantle of Top Dog, hailed by all – including Franky Doyle herself – as a worthy successor. Franky may no longer be Top Dog but she’s not about to forget how Liz lagged on her, and Boomer is set to make Liz pay. Doreen’s baby bump is growing and Ferguson is watching her closely. While Vera’s instincts are more attuned to Ferguson’s scheming, Will is none the wiser despite Fletch’s apparent hit and run accident