The Hot Dog in the Competition

A competitive eating champion’s body is found shortly before the next major competition. Following a disagreement over the baby, Booth and Brennan attempt a little role-playing. Back at the lab, Brennan’s new assistant seems a mismatch, despite his genius. 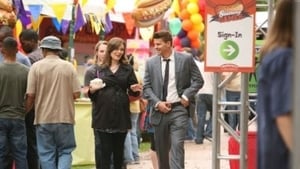