Angelus’ origins from being vamped by Darla in 1753, vamping Drusilla in 1860, being cursed by the Gypsies in 1898, and meeting a demon named Whistler in New York in 1996 who shows him a better way of life are revealed while Angelus prepares to awaken Acathla, an ancient demon that will suck the Earth into the Demon Dimension. Buffy and Willow find the spell to restore Angel’s soul and Willow declares that she knows enough about magic to perform it. The gang almost come to blows when Xander tells Buffy outright that she doesn’t care what happened to Ms Calendar, she only cares that she can get her boyfriend back. Kendra returns to Sunnydale because a dark power is rising and comes bearing a sword blessed by the knight who first slew Acathla. Angelus tries to awaken the demon but fails. Needing someone to help him with the ritual, he distracts Buffy while Drusilla goes to collect Giles. Drusilla and her friends attack the rest of the gang but only Kendra is there to defend them, an 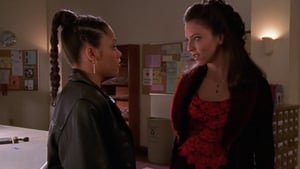 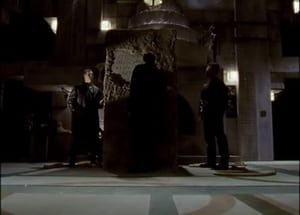