Bull gets to work alongside his idol, Walter Franklin, a legendary lawyer who asks him to help a family bring suit against the U.S. government for the wrong death of a man killed while in witness protection. As the trial gets underway, Bull’s admiration for Walter is tested when the eminent litigator begins to deviate from Bull’s advice in court. 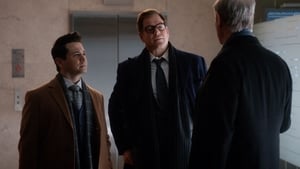