After chasing an unexplained capsule through time, the TARDIS lands in London, during an air raid. Rose investigates when a small child wearing a gasmask, standing on a rooftop, continuously calls out for his mummy. After floating above the city on a barrage balloon, Rose is swept off her feet by another time traveller – Captain Jack Harkness. Meanwhile, The Doctor follows a teenaged girl to a meeting of the homeless children of the Blitz. Here, the child in the gasmask is terrorising them with a parade of strange events, constantly asking for his mother. 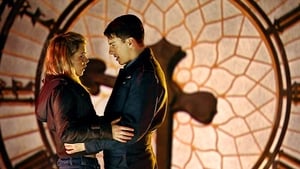 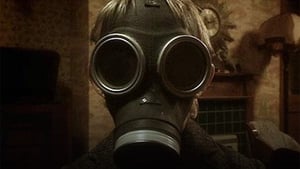