After Jay is kicked out of a Dungeons & Dragons campaign with his city friends, Sam agrees to facilitate a new one between him and the ghosts. Also, Isaac confronts his feelings for Nigel, a British soldier ghost from whom he’s been keeping a gigantic secret. 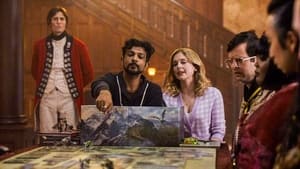