Nothing Left to Cling To

Meredith, Richard and Alex must deal with the consequences after Bailey fires them from Grey Sloan for insurance fraud. After disappearing in the fog, Jackson helps a man in a dangerous situation, as his relationship with Maggie comes to a new crossroad. Meanwhile, Tom gets new responsibilities at the hospital that throw the doctors for a loop. 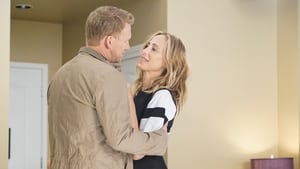