You're With Us Now

Hanna and Jules are sent on their first mission – to kill a journalist in London planning to meet with a military lawyer intent on exposing Utrax’s secrets – whilst Sandy and Clara fly to Barcelona to recover the evidence. Hanna attempts to back out and joins forces with Mannion in an attempt to save Nicola’s life, but Jules and Leo are one step ahead. The consequences are disastrous. 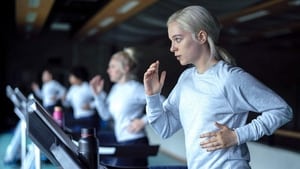