When a cache of guns is stolen from a gun range, Five-0 discovers the culprit is intent on making a dramatic and potentially deadly statement on gun violence. Also, Kono and Adam are finally reunited when he is released from prison, 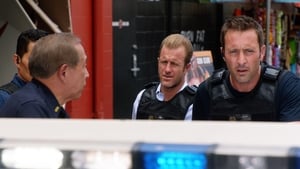