While investigating the death of independently wealthy, 19-year-old, Harris Miller, Liv, on brain à la Ferris Bueller, attempts to cheer up Ravi who has been spiraling after learning some unfortunate news. Meanwhile, after a nasty fall at the crime scene, Clive is forced to continue his part of the investigation via FaceTime. Lastly, things are suddenly going from bad to worse for Blaine. 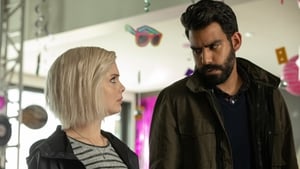