A Study in Sherlock

Two bank safe deposit boxes that were being transferred are taken by thieves and the crime is investigated by Detective Murdoch. The getaway driver for the thieves is killed.  While on scene someone claiming to be Sherlock Holmes shows up and provides some helpful information.  Dr. Ogden figures out that he is actually David Kingsley who at one time was treated for mental illness.  “Sherlock Holmes” appears to have the qualities of the fictional character of the same name such as the ability to “read” an individual or a crime scene. 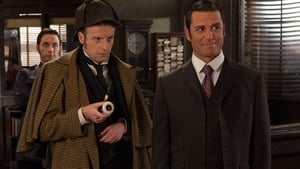 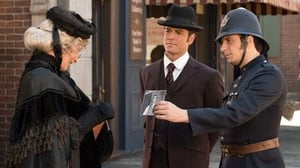