Now that Hades and Zelena are reunited, Hades tells Zelena that he wants a future with her outside of the Underworld. All she needs to do is heal his heart with True Love’s Kiss so they can leave the Underworld and trap the heroes there for eternity. When Regina overhears of this plan, she enlists Cora’s help to find a way to separate Zelena from Hades. However, Cora reveals a family secret that could change Regina and Zelena’s lives forever. Meanwhile, David finally meets James, only to realize that his twin is determined to seek revenge on him for stealing the life he could have had. 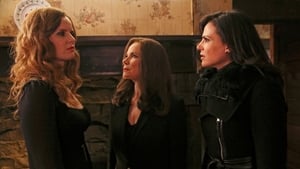