Hondo and the SWAT team join forces with the FBI on a manhunt to find members of a militia group planning a domestic terror attack by weaponizing cyanide. Also, as Jessica’s new police initiatives with Michael Plank, president of the police commission, move forward, she braces herself for the negative impact the plans could have on her relationships within the department. 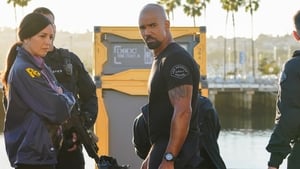