As things heat up with Jerome, Melanie decides to pull back afraid of commitment but after running into Derwin and his new interest, (Guest star: Gabrielle Dennis), Melanie decides it’s time to commit but later finds Jerome with another woman. Meanwhile, Jason is distraught to learn that he might be benched at the next game. 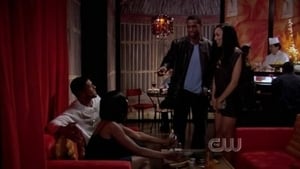