Derwin advises Jason to stop at nothing to win Kelly back and put an end to all the divorce talk, but Jason’s grand gesture may be too little too late for Kelly. When Robin (Robin Givens playing herself) tells Malik to stop fooling around with other women in order to keep up the charade of their fake marriage, Malik decides it’s time to play by his rules. 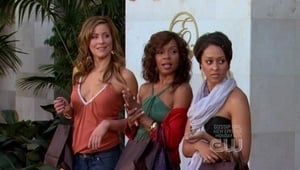