The Next in the Last

When the Jeffersonian team discovers remains of a victim, and elements of the crime scene point to a possible protege of serial killer Christopher Pelant, they must revisit their prior work on Pelant while tracing new clues that will hopefully lead them to the copycat killer. Meanwhile, Angela is skeptical about her and Hodgins decision to move to Paris and Brennan and Booth contemplate options outside of the Jeffersonian and FBI. 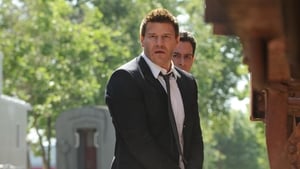