Tara’s about to celebrate her 20th birthday. Her family arrives but not to celebrate the occasion. They’ve come to take her home before she turns into an evil demon just like her mother did at the same age. When Glory sends some Lei-Ach demons to take care of the Slayer, Tara inadvertently helps the demons toward their goal by casting a spell to keep her friends from seeing the demon inside her. When the gang have a fight the resulting group of invisible demons, Tara lifts the spell to help them and they find out her secret. Willow tries to stop her from leaving with her family, but Tara is convinced of what her father says about her. Spike ends the argument by punching Tara in the face and then flinching from the pain, proving that she is a human. 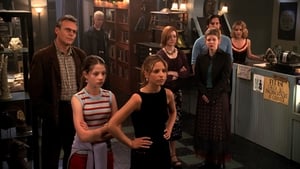 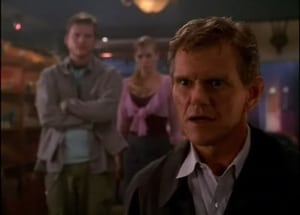