The Intelligence Unit works to find the bombers. Even with government agencies in the mix, Voight and his team work the case from their own angles and connections. Lindsay and Antonio question doctors who handled the transplant surgery for an Ambassador from Syria, but no clues emerge. Olinsky gets some solid intel and the team work from there. It’s a race against time as they realize there may be additional bombs targeted to detonate. Meanwhile Burgess sits vigil for her niece whose life hangs in the balance. The crossover starts on Chicago Fire S02E20 A Dark Day (I). 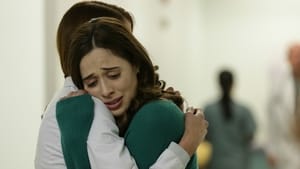