Atwater and Burgess are given a new patrol car, but are challenged with keeping it brand new. A run in with a psychotic woman leads the Intelligence Unit to discover a drug smuggling operation which has put several girl’s lives in peril. Voight’s overprotective act with Lindsay leads her right where he doesn’t want as she also helps to keep Justin out of trouble. Meanwhile on stakeout, things get tense between Olinsky and Ruzek as Olinski tries to teach him the finer points of surveillance. 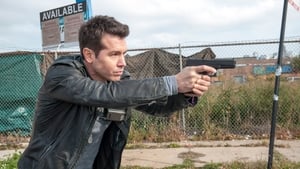