Sophie and Hanna’s relationship begins to turn sour over their shared interest in Anton. In the fallout from this argument, Marissa arrives at Sophie’s house pretending to be Hanna’s mother. Hanna finds herself torn between endangering Sophie and her family, or giving up her own freedom and going with Marissa. Meanwhile, a captured Erik is brutally interrogated by Sawyer and his men. 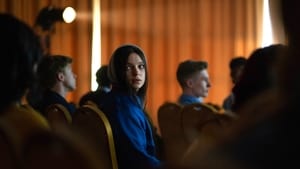