When Freddie gets a new job at the Pear Store, Sam, who is employed with him, accidentally ruins it. Meanwhile, Spencer makes a fire for the 18th time and because of their tiredness, the fire department is done with the Shays and to apologize, Spencer brings a batch of brownies to the station. Unfortunately, the vengeful staff makes him volunteer at the fire station, which leads to another fire, this time at the station. Also, Carly meets a boy at the the Pear Store named Trey and becomes obsessed to get him to ask her out. 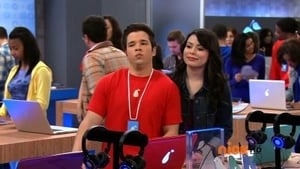