After Spencer’s arch-nemesis Chuck pulls his latest prank on him and steals his clothes, Spencer finally gets rid of his nemesis by getting Chuck sent to military school. However, this causes Chuck’s younger brother Chip to hate Spencer and terrorize him more than Chuck did. Meanwhile, Gibby buys a Galaxy Wars toy phaser and becomes depressed when Sam accidentally breaks it while beating up a bully. 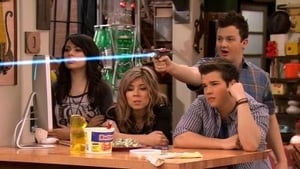