Malcolm in the Middle TV Series | Where to Watch?: 7x15

Francis receives a visit from Lois and Hal to celebrate his one-year anniversary of sobriety. However, when they attend one of his A.A. meetings, it’s revealed that it was Lois who forced him to start drinking. Back home, Dewey finds Hal’s spare key for his car and tries to get Malcolm and Reese to drive him to the arcade, but, of course, they refuse. 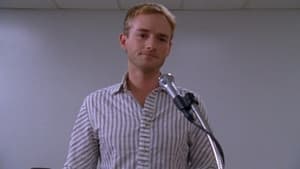