Malcolm in the Middle TV Series | Where to Watch?: 7x21

For the senior prom, Reese gets paid to take Janine, a studious girl in class, but only after she gives him a makeover and sends him to finishing school, while Malcolm aligns with the unpopular kids to form an anti-prom they call “Morp.” Unfortunately, while Malcolm and his friends protest the official dance, they don’t know how to make their “Morp” exciting. Meanwhile, Dewey discovers there aren’t any childhood pictures of him, so he concocts an elaborate scavenger hunt to punish Hal and Lois. 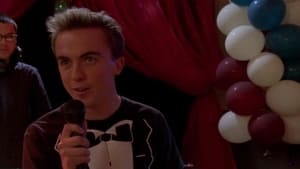