Jonah Heston is shanghaied during a space mission by Kinga, Dr. Forrester’s ambitious daughter. Jonah does a major redesign on Gypsy. Tom Servo and Crow settle in with Jonah as they riff on Reptillicus! Movie Plot: Copenhagen is terrorized by a prehistoric beast that has regenerated itself from a recently discovered tail segment. Original film made in 1961. 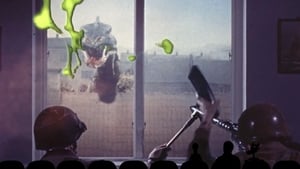