When Derwin’s image consultant ( guest star Shanti Lowry), tells Derwin her idea to pair him with football player Trey Wiggs (guest star Chaz Lamar Shepherd), his former college teammate, he objects, saying he and Trey were more like rivals than teammates. Meanwhile, Derwin learns that Melanie had lunch with Trey, though she insists that it is strictly platonic. However when a local paper secretly photographs Melanie having a second lunch with Trey, things heat up. Coby Bell and Brittany Daniel also star. 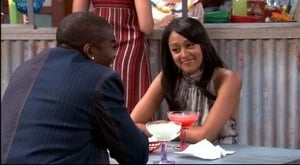