The Living and the Dead

When Fletch follows Bea’s instructions to use Jianna as a means to unsettle Ferguson, he unwittingly sets Vera up to take the fall. Vera, for her part, is consumed with a desire for revenge against Lucy for infecting her with Hep C. Meanwhile, Bea’s manipulations of Fletch result in him finally recovering his memory and alerting Will, who is on the verge of being arrested for Harry’s murder, to the truth behind Ferguson’s manipulations. As the forces align against Ferguson, she begins to unravel, realising she is in a fight of her life, professionally and personally. 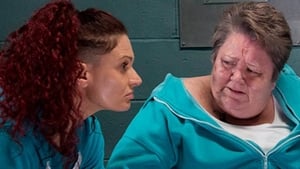