When Ferguson’s pet goldfish dies, she identifies her lack of emotion at the death as a potential weakness, rather than strength. But in seeking a renewed connection with Doreen, Ferguson unwittingly makes herself vulnerable when she calls Doreen – Jianna. Bea sees this as a possible chink in her armour and tasks Doreen with uncovering the truth behind the name. 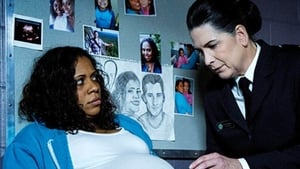