The Future in the Past

Having been accused of murder, Brennan is on the run from the FBI, with help from her father Max. Booth and the Jeffersonian team are convinced evil tech genius Christopher Pelant has manipulated key evidence in the case to pinpoint Brennan as the prime suspect. Then, an anonymous tip leads the team to the remains of a high school guidance counselor that may hold the key to proving Brennan’s innocence. 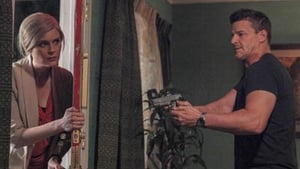