The Friend in Need

The Jeffersonian team investigates the remains of a 15-year-old boy. Although his mother and few close friends saw him as intelligent with poor social skills, the team discovers that this seemingly innocent boy was actually involved in illegal activity and had attended a high school party two weeks prior where drugs were present. The investigation takes an ugly turn when an underage girl confesses to being raped and the deceased boy’s reputation is compromised. Meanwhile, with the case’s spotlight on deception, intern Finn Abernathy contemplates telling Cam that her daughter Michelle is in town visiting for the weekend. 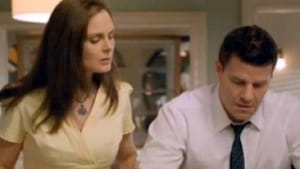