Big In The Philippines

The Jeffersonian team investigates the death of Colin Haynes, a struggling country music singer whose remains were found in a shallow grave. When the team learns about the victim’s music career, it leads them to his record label, which, they discover, was deceitful in its dealings with him. Meanwhile, squintern Wendall Bray breaks his arm during a hockey game and Brennan takes a closer look at his injuries, only to discover some shocking news. 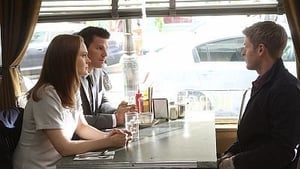