Bull and the TAC team question whether they have a solid defense when they represent wealth manager Rachel Elliot who’s on trial for her husband’s murder, which she claims to have no memory of due to an alcohol-induced blackout. When Rachel’s reputation for aggressive behavior threatens to hurt them in court, Bull avoids jurors with “rage bias,” an inherent dislike of people who can’t control their emotions. 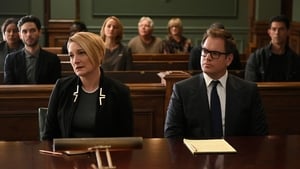