Harry files for divorce from Bea but she refuses unless he helps her enact revenge against Brayden. Bea sets Harry up to meet with Brayden and he commits arson against the Holt business. A new inmate arrives and tells Kim that she has trafficked drugs. Franky refuses to call for help and tries to force her to defecate the heroin. When the drugs rupture in her digestive system she overdoses ans dies. Doreen meets a male prisoner Nash, who is enlisted on a project to build a gardening project. Ferguson gets Vera drunk and learns of Fletch’s affair with Meg. 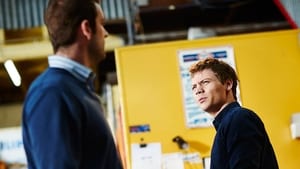