XIII is thrown into The Pit, an underground dungeon where prisoners are forced to fight to the death in matches broadcast live online. XIII tries to rally the prisoners, which include Amos, Mozambique and Grier, while staying alive long enough to attempt an escape. XIII.2 and Betty mastermind a hostile takeover of Xu Corporation. 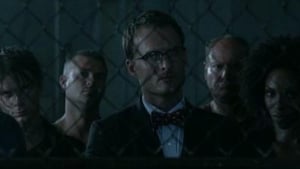