The safety of the world is at stake. The Chinese HEARPE is now fully operational. With the help of Betty and Barnabis, XIII tries to destroy HEARPE while XIII.2 attempts to unleash its destructive force – a terrifying array of natural disasters – on the United States. But only one man will triumph. Only one man will survive. Making his last stand in the bunker, Carrington contemplates extreme measures. 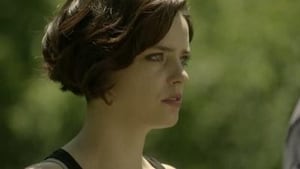