The CSIs must investigate when a pedestrian is killed after a man falls from a building and lands on him. Horatio and the team find that the victim found on the sidewalk is not the same man who fell from the building, but the unfortunate person he landed on. The CSIs discover that the fallen victim is in possession of a sex DVD involving a top Miami criminal judge and a woman with a sordid sex life. When the woman is found dead, the team must delve into the complicated personal lives of those in Miami’s judicial system in order to find the killer. 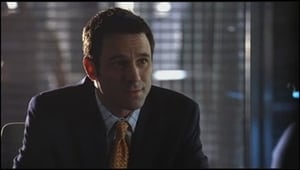