The team investigates a modern-day piracy off the coast of Miami after six bodies are discovered floating in the ocean tied together by rope. Horatio suspects that a ship was hijacked with some of the crew killed and then dumped overboard. Evidence suggests that other crew members might have escaped on a life raft. Using radar and GPS technology, the CSIs find survivors but their stories don’t match. Now, Horatio and the team must learn what really happened out in the ocean as they find themselves investigating the seamy underbelly of Miami’s militias and arms dealers. 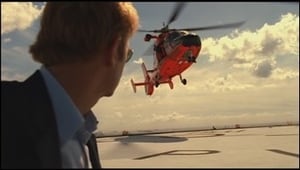