Someone uses a laser light to blind a pilot and bring down a jet, which carries $1.2 billion in checks to be delivered to banks on the eastern seaboard. The crime scene evidence reveals a victim, a young fundraising socialite, who was inside the plane but killed prior to the crash. Now, although the team has little to work with since the victim’s wealthy family is opposing an autopsy, Horatio must follow the money trail. Meanwhile, Calleigh works on the case with her ex-boyfriend, Detective Hagen, and their romantic history could cause problems for both of them. 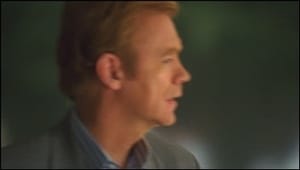