As a huge tsunami heads directly towards Miami, a ten-hour warning gives citizens just enough time to evacuate the city. In the chaos, two people are killed in a parking lot and the evidence leads Horatio to discover a plot to rob a bank timed to take advantage of the evacuation. However, as the CSIs close in on the robbery already in progress, they find that it’s a more elaborate crime than they previously thought. In the wake of the storm, Ryan and Alexx discover a body washed up from a local cemetery that may have a different cause of death than originally recorded. Meanwhile, Horatio suspects that Yelina is being physically abused by her boyfriend, IAB’s Rick Stetler. 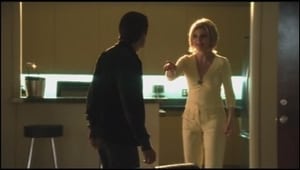