Feeling betrayed, Vera takes steps to have Bridget dismissed and expose her relationship with Franky, but is forced to backtrack and enlist Bridget s help instead, when Ferguson makes a bid to be released into the general prison population. The three unlikely allies devise a plan in which Bridget attempts to entrap Ferguson into exposing her psychopathy. Kaz stages a protest with the women in the yard in an attempt to force Vera s hand on the conjugal visits program. 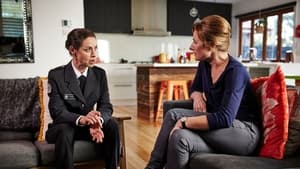