Ferguson is rattled when she discovers that Bea will be supporting Jesper’s evidence in court. Meanwhile, Bea seems to be losing control of the women so she forces a prison-wide vote to end the debate. Vera is privately determined that Bea maintains control and interferes with the votes, cementing Bea’s power. When Kaz gets sentenced for 12-years, Ferguson unveils her plan and urges Kaz to help her. In return, she’ll take out Bea Smith. 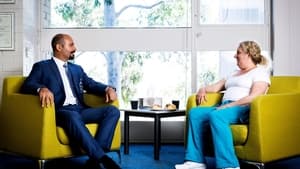