Bea is released from the slot and is immediately confronted by Lucy; if Bea doesn’t punish Tasha for breaking prison rules, Lucy and her crew will be forced to. Doreen shocks everyone by turning her back on Bea and Liz is assigned to look after a new inmate, Sonia Stevens, on remand for the supposed murder of a young woman. 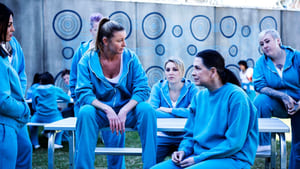