As Bea and Allie take their illicit affair further, Bea finds herself uncharacteristically tentative and vulnerable. Neither is aware that Ferguson is tracking them carefully, plotting to drug Bea, then trap and kill her. Meanwhile, Maxine leaves the prison to undergo a double mastectomy, and Boomer is distraught when her application to be support person is denied. 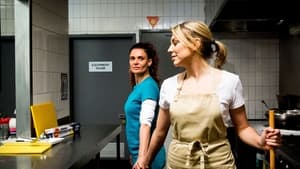