With Bea in the slot, Ferguson intensifies her manipulation of Kaz. Seizing on the recent death of her father that sends Kaz into an inexplicable spiral Ferguson realises that Kaz was a victim of abuse at his hands. Ferguson uses her own troubled relationship with her father as a means of form a closer bond with Kaz. When new Indigenous inmate, Tasha, is put under Doreen s care, Ferguson sees an opportunity to force Kaz into action against Bea. With Maxine as acting Top Dog, Ferguson places Tasha in Lucy’s orbit and when Tasha breaks the rules by protecting herself from Lucy’s molestation, Maxine appears to have no choice but to punish Tasha. Ferguson urges Kaz to stand up to Maxine and save the innocent girl from abuse at the hands of a man , thereby tapping into Kaz’s past trauma. Bea and Ally’s bond is cemented when they are slotted in adjoining cells and spend hours talking. 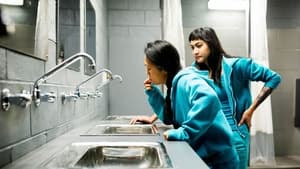